"Edgar Karten were promotion postcards, to be displayed in clubs and bars. Everyone could submit something to the Edgar company and it was offered as a promotion postcard in those displays. 99% of them were some artistic stuff or funny slogans and graphics." - Don-Esteban

For GOTHIC four cards were made: 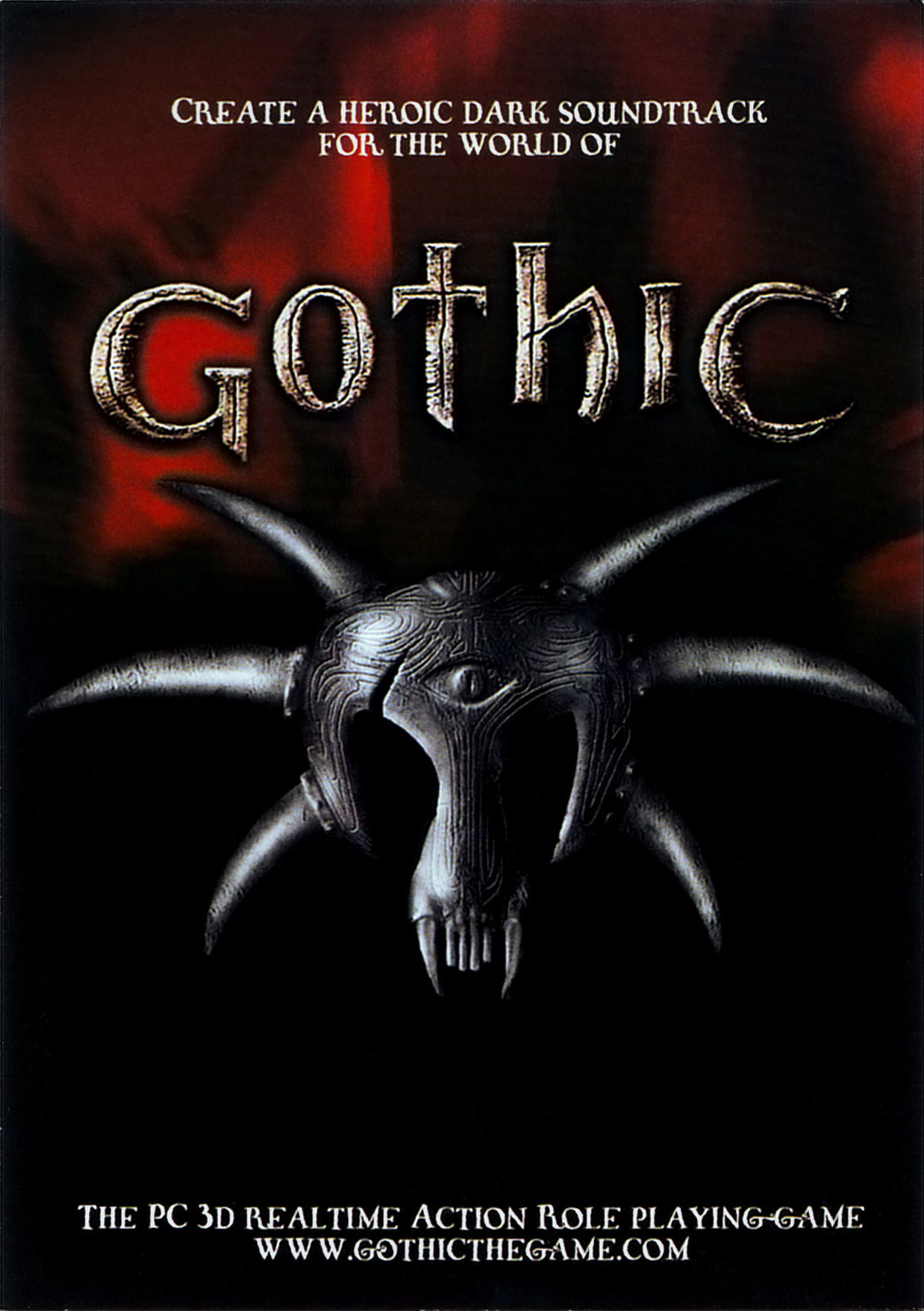 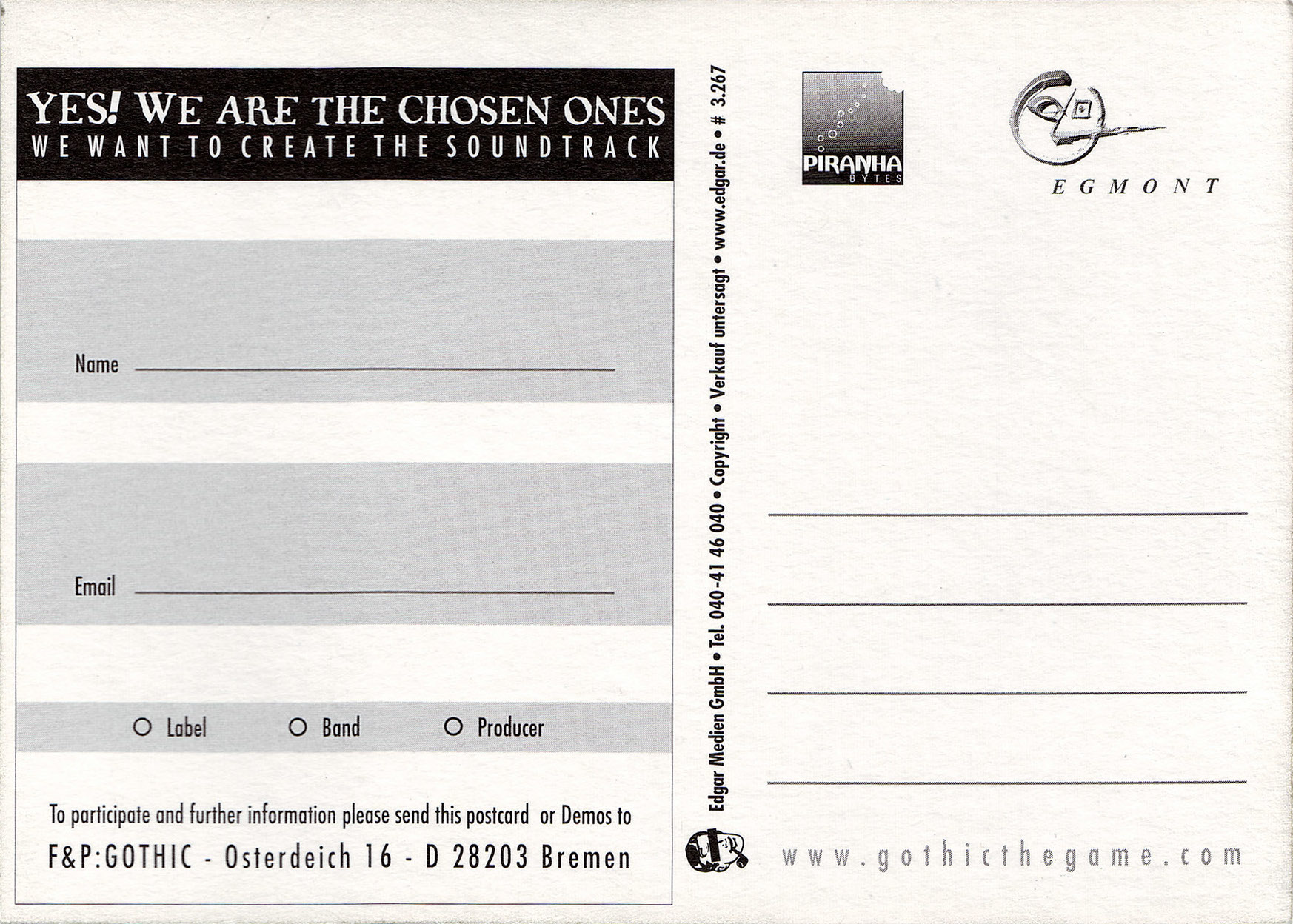 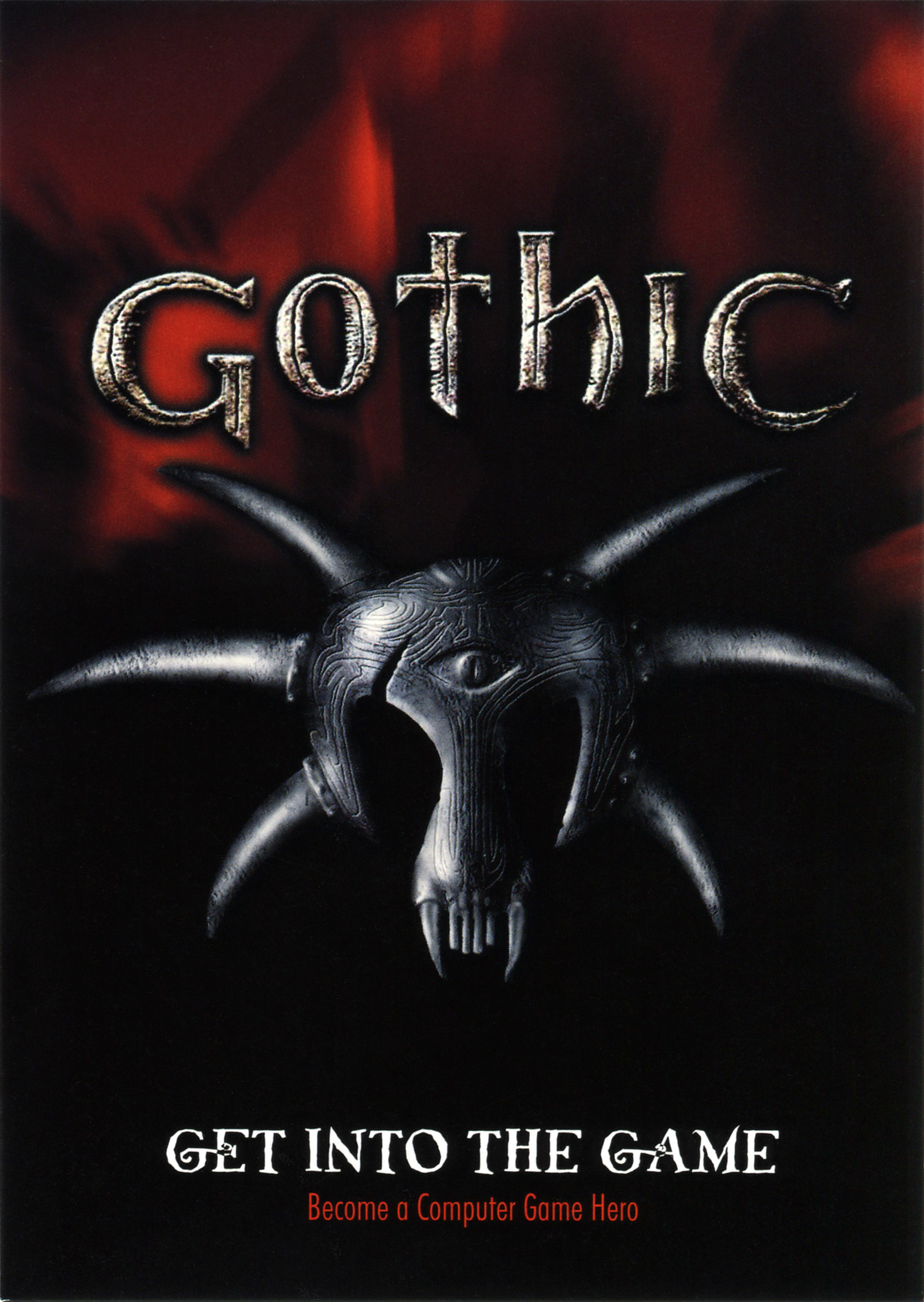 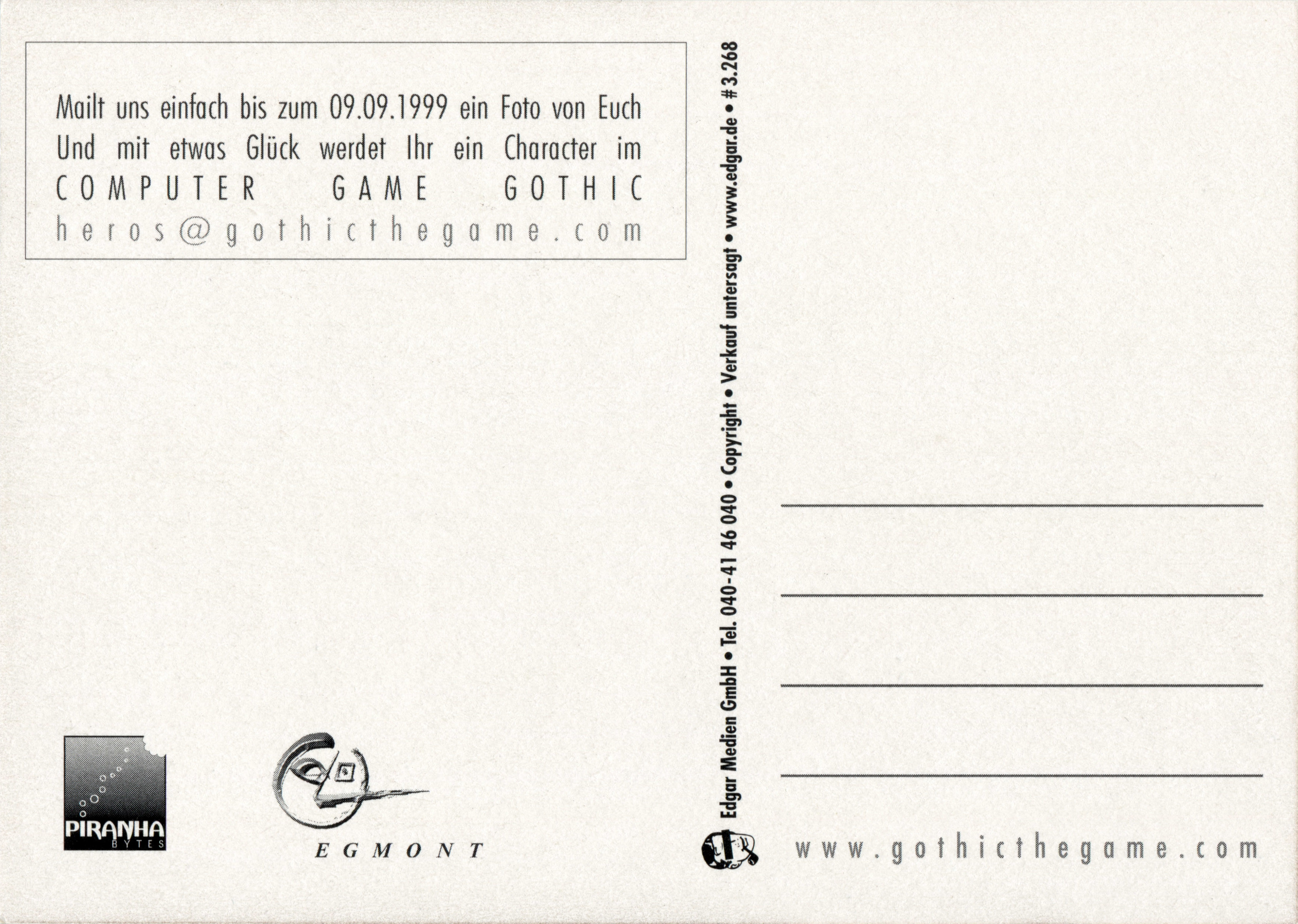 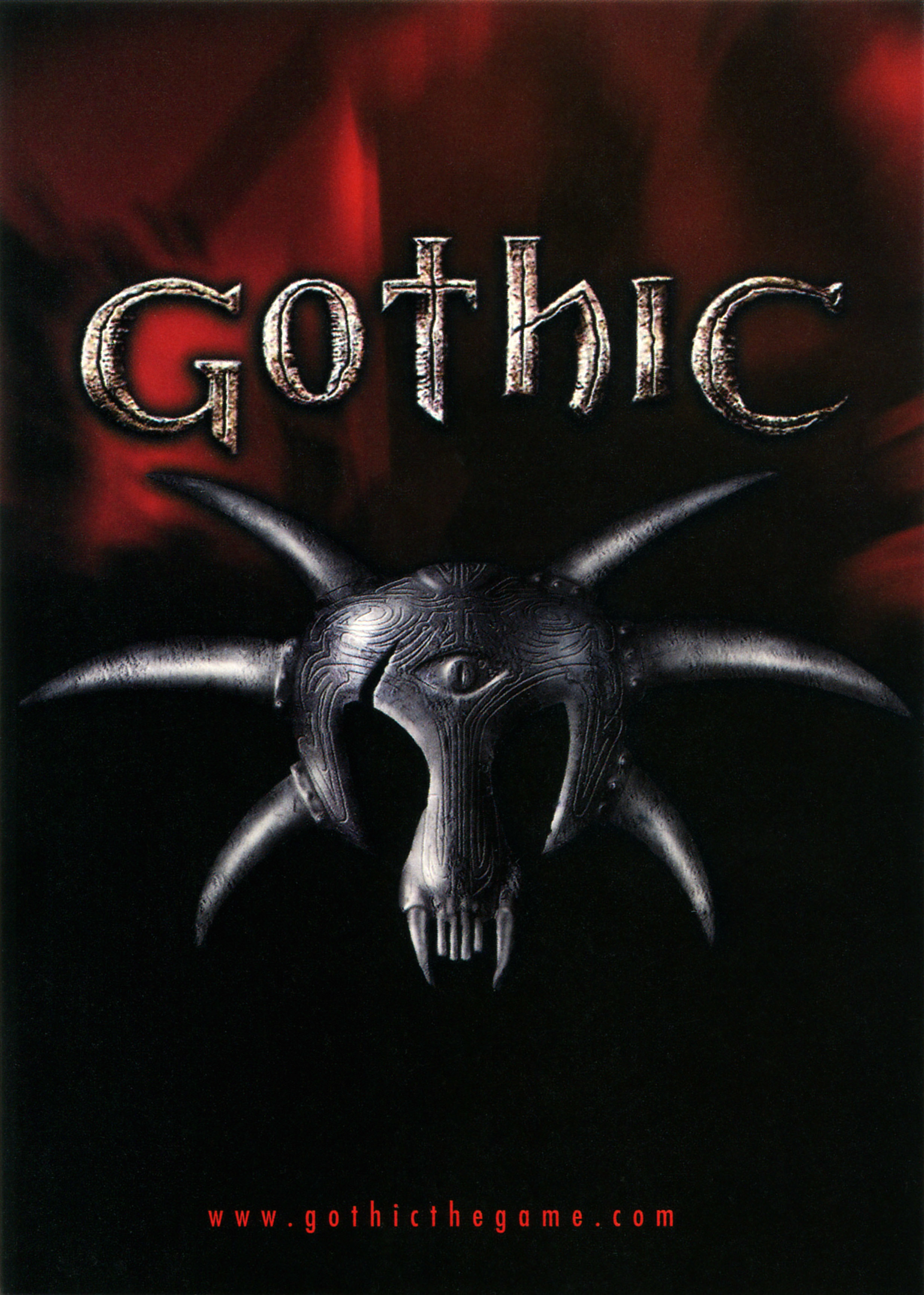 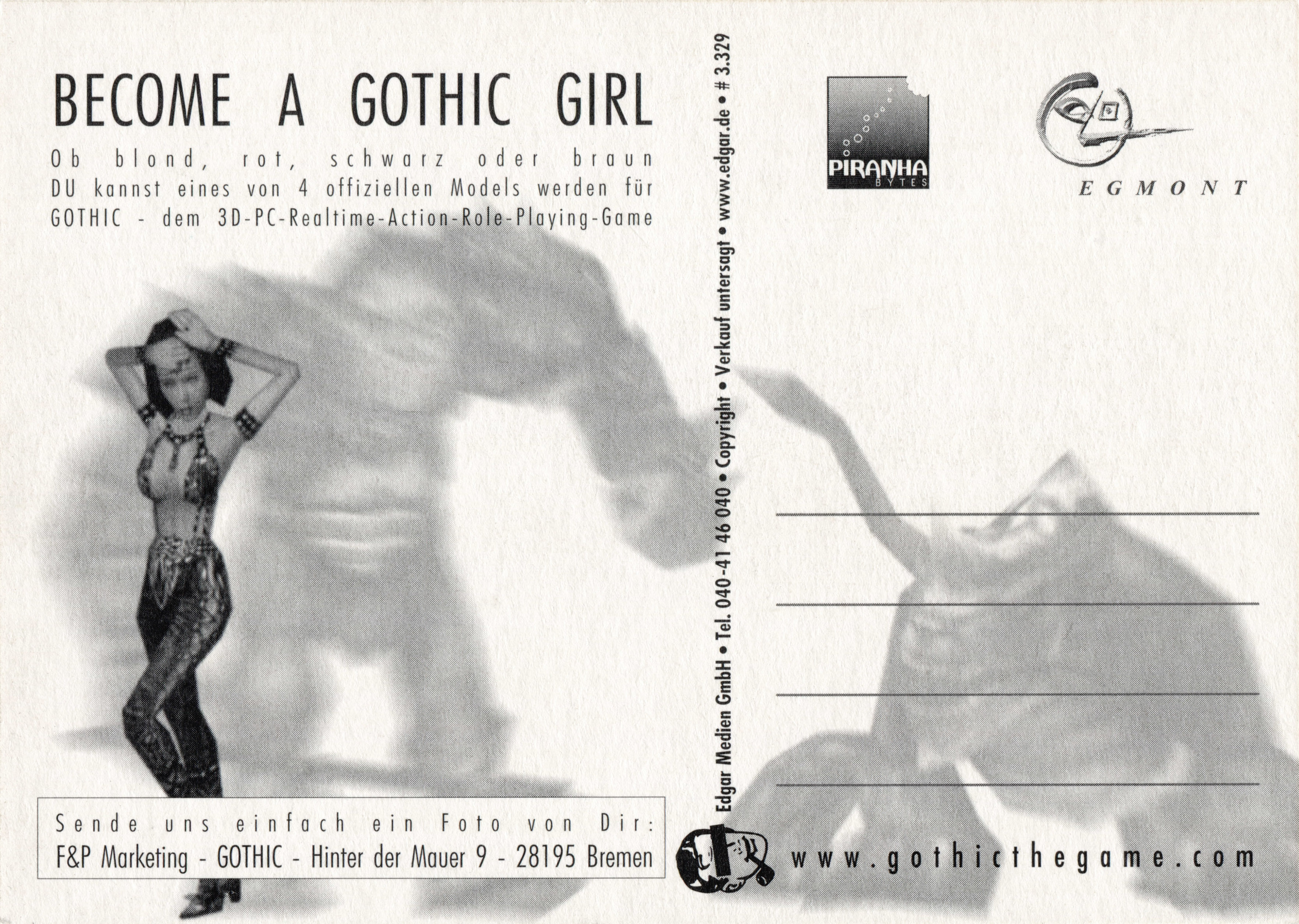